Ladies, it is good to get a little angry about things that piss you off in life, but there is little point staying angry. Staying angry will only give you stomach ulcers and frown lines, and frown lines will age you quicker than drinking sherry, using stannah stairlifts or being a little bit racist.

We all know men are allowed to get angry, or at least pensive, because frown lines give their face character. And men look good with character on their faces. Women look like worn old dish clothes who have seen too many ceiling fans – but men look like Humphrey Bogart or Cary Grant. Full of film noirish mystery and wonder. Like they have a secret. And that secret is their penis. It’s massive.

Therefore men, on average, should stay agitated about stuff for 2.6 days longer than women, whereas women need to learn to let go of anger, and forgive those who piss them off.  As the old saying goes ‘Don’t sweat the small stuff. Nor the big stuff. Sweat about the very real possibility you will die before they invent time travel or hover boards.’

You can follow my example if you like – I have decided to forgive all the people who annoyed me this week in a handy forgiveness list, and I look far more like Nicole Kidman or Kylie Minogue for it.

The woman at the artisan coffee shop who snidely asked if I wanted cake with my coffee, due to the fact I was eyeballing all the cakes instead of responding to her request for payment.

I forgive you for assuming I wanted cake. It would make sense, because of how intently I was scrutinising them, but darling, I am not a ‘cake orderer.’ I am simply one of those cake voyeurs who likes to come into your cafe and stare at the flapjacks, brownies and cheesecake and imagine what kind of cake I would get if the world was not run on fear of cakes. Then I order my Americano and go on my way. And of course I sometimes like to imagine I am with someone and they order the cake, and let me have some. And of course I sometimes bring cake orderers in, suggest they order some cake, and then eat a bit of it. THIS IS NORMAL.

But like I said to you, woman behind the counter at the artisan coffee shop, If staring at cake were the same as eating cake – I would be dead.

Speaking of cake. The people who made the healthy gluten free flapjack I ate at the family friendly ‘End of the Road’ festival. I forgive you. I was stupidly trying to have my cake and eat it, but in a HEALTHY way but you made a cake so healthy it tasted OF NOTHING. Like bark mixed with slime. So thanks for nothing you paleo bastards. But you know. I forgive you.

Speaking of bastards. The person in the Morrisons Local who stole the pickles I accidentally left in the bagging area. I was gone three minutes before you swooped in and took them, and all their salty goodness. You opportunistic bastard. I can only assume you are a pregnant woman who saw me leave them there, was going to tell me, but the cravings got too much and you had to stuff them all into your mouth before your unborn child kicked you in the ribs. Thats fine, and its my fault for forgetting them, but I was in desperate need of them too. They were for my pre-menstrual cravings…. (wait, am I pregnant?)

Dear the people who put this picture up in a local cafe. I forgive you for your naivety, but how did you not realise this looks like an old woman with a penis going up her nose? This is a FAMILY PLACE. 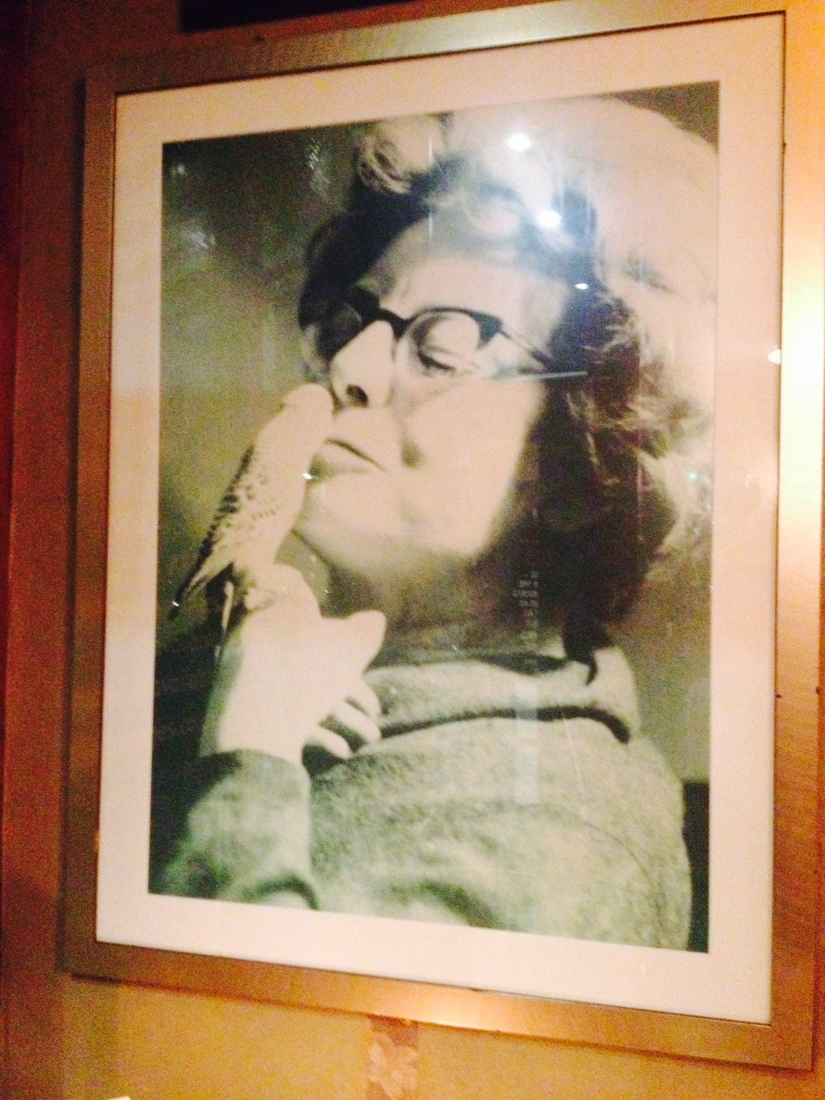 Speaking of pensises in family places – The BBC Writersroom. I forgive you for not ‘getting me’ or finding me ‘talented.’ But the sketch I wrote for your open submission radio comedy competition about the adventures of a jaunty cat who wore three bells on his collar and called himself Mr Jingles was un-objectively the best thing I have ever written. It was set in New Zealand, and the cat went to town. A lot. It was called ‘Mr Jingles goes to town. Often.’ The cat had a collar with three bells on. Not one, two, or fifty six. Three. Come on! What a hook! Cats are in, and the Hobbit films always make money at Christmas. I forgive you for your lack of foresight. But you know, one mans shit is another mans fertilizer. Yep.

Dear Mrs Murgatroyd – my year 5 teacher. You didn’t have to tell everyone I accidentally called you mum. But I forgive you. You didn’t know it would lead to months and months of humiliation and kids coming up to me and asking me if I was going to call them mum. Like that was my thing. Yeah, I’m the girl who walks around calling everyone mum. Great.

Dear the neighbours upstairs. I forgive you for all the noise you make – but I must know, are you copulating, exercising or teaching a thousand small dogs plyometrics in your living room? The rhythmic bouncing must end. Unless you are in fact forcing a thousand small animals to jump in unison. If so carry on.

Speaking of small animals jumping in unison – Dear the woman in the coffee shop who responded to my query ‘do I have to spend a certain amount to use my card,’ by tapping at the sign which read ‘spend over £5 to use card.’ I get it. I have to spend over a fiver to use my card. It was a stupid question okay, I am a annoying customer okay, and the sign is there for a reason okay, to save you twenty minutes over the course of each day where you don’t have to give an answer to that tiresome exhausting humanly disparaging question.

But! Did you ever consider the possibility that some people can not see the small crappy sign in various different coloured felt tips? That maybe it is not that obvious. That maybe you didn’t have to look at me like as if I had suggested we re-thought lynching, or like I had just handed you a pie, told you to eat it and then told you it was actually a human shit pie. I didn’t see the sign, hence why I asked the question, it’s not something I do for fun. Go into places with signs and and deliberately and willfully ignore them. I’m not going into vegetarian restaurants and asking for the chicken. I’m not going into courts of law and shooting welsh men on market day. I’m just a girl, standing in front of another girl, asking her if she can buy a coffee with her debit card.

Now you have turned me into some Larry David esque weirdo who has to go back and ask the question six times a day in various disguises in order to feel justified. Also, it’s the only way I can forgive you is by annoying you, and then forgiving you.

Speaking of forgiveness – Dear me – you forgot a £20 note in the self service area cashback bit of Morrisons, along with the pickles. And yes it sucks, but no you aren’t pregnant. You’re just retaining water at the moment, because you keep dreaming about drowning. Unfortunately this means you can’t blame your forgetfulness on mothers fog. Nor early onset alzheimer’s. You just do stupid things sometimes. As do all these people you are mad at, all the people in this list. Yes even the smug woman with the sign. We are all just made of molecules, and dust, and bits of masking tape and rice paper, and to make a mistake and forgive is be divinely human and stuff. Even if it’s a passive aggressive way.

So you forgive yourself for leaving £20 in the cash back tray, even if it’s the third time you have done it this year, and you have now self banned yourself from ever using it again. It’s like the time you’re mum banned you from making soup because you always left the stove on. When you were 18.

So ladies, remember. Forgive and forget and flapjacks.