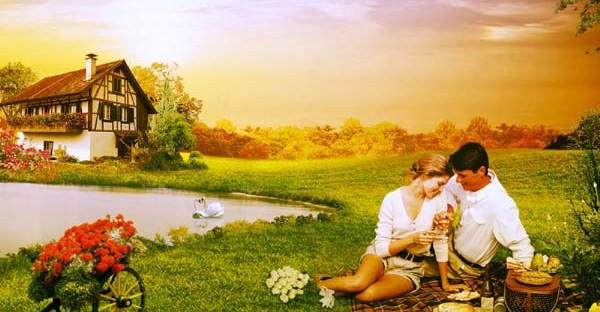 Hard hitting news site Cosmopolitan recently published a groundbreaking article on reasons why being in love is da absolute bestest.

It’s like, the worst thing I have ever read.

It’s like, ‘Reasons why being in love is the best….. if you’re really into being emotionally abused by a man.’

Seriously, Cosmo, stop making young women feel like a guy being nice to them is not standard practice, and stop making the ideal guy sounds like Edward from Twilight, aka some kind of emotionally abusive control freak.

And stop using the term ~*CrAzIeSt~*  what are you? A character from Bratz on MSN? (Nod and wink to the younger readers for the Bratz reference, and a quick hi five from the older readers for the MSN insert. a/s/l lol)

I have reprinted Cosmo’s reasoning for why being in a state of amour is totally awesome sauce, and added in my own unique commentary about why the guy the writer is dating is clearly insane.

I am sure anyone who has ever been in Love (could be with man/woman/animal or mineral) will find that this article is like looking in a mirror, if a mirror was this article.

1. When your alarm goes off, he doesn’t let you get out of bed because he wants to spoon you. Which is a REAL excuse to stay in bed that extra 10 minutes instead of hitting the snooze button, which is like giving up on the day before it’s even begun.

2. He surprises you with homemade dessert when you get home late from work just to show you he loves you. And there’s nothing hotter than a man who can make chocolate mousse so good you tell your friends about it the next day, like it was great sex or your ~*CrAzIeSt~* night out ever, or something

Chocolate mousse. Renowned amongst chefs as the most complicated of desserts, second only to Angels Delight and removing a choc ice from the freezer. Unless it is actually a dead moose dipped in chocolate. Then I get it, because you would totally tell your friends about that the next day. Personally I would prefer to come home to find my other half had completed a boring life admin chore for me, like printing out all the photos on my computer and arranging them into albums for me or defleaing the cats.

3. He runs annoying errands for you so you don’t have to go out into the cold. Like when you run out of paper towels or cat food or, let’s be real here, feminine products.

Let’s not be real, let’s be imaginary. I want him to go out into the cold and bring me back a horcrux, a unicorn and the fucking tesseract. Listen sweetie, If a guy leaves the house to fetch ‘paper towels,’ then he is either running an illegal gambling ring or having an affair. No one leaves the house when it is cold to fetch paper towels, unless he is buying them alongside feminine products because there is a puddle of blood on the floor. And if he is offering to fetch you feminine products, then make sure you specify you want tampons. Otherwise he might come back with a couple of carrots, a uncooked chicken, a slow cooker and a bag of potatoes, throw them on the table and go ‘There are your feminine products, now make me dinner.

4. You sometimes gaze off into space at work and just sigh with contentment. Because being in love is the ~*uLTimAtE~* when it comes to overall life satisfaction.

Unfortunately due to your zoning out you get fired, can’t pay the bills and end up moving back in with your parents, at which point your partner breaks up with you because you keep staring at him, sighing and refuse to feed or dress yourself, telling him in no uncertain terms that you can survive on both oxygen and his love alone.

5. If you have dietary restrictions, he stops eating that thing too, in solidarity. If you’ve not crossed the bridge yet, this makes you kind of look forward to pregnancy despite the whole vagina ripping apart thing.

I believe ‘the vagina ripping thing’ is what teachers are calling giving birth these days just to put kids off unprotected sex. A guy giving up dairy for me because I am lactose intolerant does not make me broody, nor is the forgoing of cheese a sign of excellent parenting skills.

6. He knows what you like in bed. What’s more, he CARES about you enjoying the experience just as much as him. And he won’t stop until he gives you an orgasm.

Seriously, stop, I am so tired.

How kind of him to care about you having fun during sex, instead of staring off into space whilst being Jack Rabbited into the headboard.

7. He hates the people you hate. Also in solidarity

8. When you meet new people who are terrible, you can tell just by looking at him that he also thinks they’re terrible. And you can’t wait to be alone together again so you can talk about how you were both thinking the same things about this person’s douchiness at the same time

OMG your mother is such a douchebag!

9. His smell is comforting and wonderful. You can’t imagine your sheets without it.

But you would prefer it if he would stop wiping his butt on them,

10. He takes care of the plants because he knows you’ll kill them. Even cacti die easy, this you know.

This is beginning to sound less like a relationship, and more like emotional abuse. ‘You can’t have nice things because you kill them.’

11. He won’t watch a single episode of House of Cards/Orange Is the New Black/Homeland without you. HEARTMELT.

Heartmelt, a little known medical condition which occurs when watching Claire Danes do her trademark lip wobble with your loved one.

There is not practical way for you to watch three shows together in unison.

12. He’s willing to take the annoying dog walks. The first one in the morning and the last one at night when you’re already cozy in sweatpants and everyone walking their dogs looks miserable.

You have never thought to mention the fact you don’t have a dog.

13. You’re excited to come home to him even when you’re out doing something fun. In fact, a lot of the time you want to come home early just to get into bed with him.

Because he is a narcoleptic and you have no life? Or because he has commanded you to be in by a certain time otherwise he will kill all your cacti and your annoying dog.

14. You have inside jokes that only you two know. And they’re hilarious, even though they’re usually about lame household things like dish towels.

The lamest of household objects! The common dish towel! Remember when you dipped the dishtowel in hydrogen peroixide and put it over my mouth so I couldn’t breathe and tied me up in the attic for six hours, and told me that was what I got for walking the dog without you. LOL.

15. He knows you so well that with a glance he can tell if you want to leave wherever you are ASAP. Because he can read your mind. Because you are in love.

You look at him and mouth ‘I want to fucking go,’ and it’s like he has read your mind.

16. When he calls you babe, like all those other guys did, it doesn’t make you feel skeeved out. In fact, you actually like it.

It makes you feel like a pig in a city.

17. He helps you get out of your coat and into bed in a non-sexual way when you’re shit-faced.

How kind of him not to rape you when you’re drunk. I want to marry this guy.