I’m a member of the 2019 x BAFTA crew, a handpicked list of up and coming filmmakers, as well as being an invited participant in the ITV 50:50 scheme, aimed at increasing the amount of female TV comedy writers. My comedy short film Stages was a recipient of the 2015 iShorts award from Creative England and the BFI Network, and I was recently longlisted for the Funny Women Comedy Writers Award with my sitcom script Data Leak. Read that, and some of my other scripts here.

My debut play Don’t Be Terrible ran at The Pleasance Courtyard during the Edinburgh Fringe 2019. 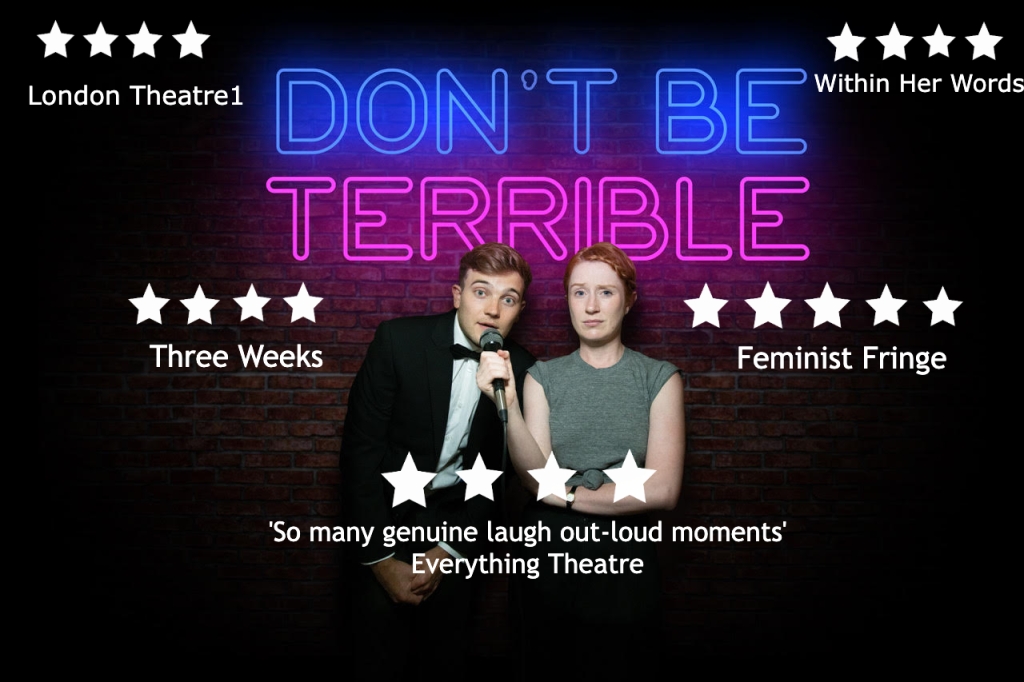 The Royal Court said the show had the ‘most sophisticated and functional use’ of stand up that they had ever seen employed in a stage play.

My debut feature script (co-written with Tom Betts), The Photographic Memory Recalls the Highlights of The Year, is currently in development with Western Edge Pictures and was supported by The Wellcome Trust Broadcast Development Awards.

My short film script, The Birthday Party, was shortlisted for The Kevin Spacey Foundation Artists of Choice award in 2017 and in 2018 I wrote the screenplay and accompanying novella for The Last Faust, directed by Philipp Humm (Chief Executive of Vodafone Europe, T-Mobile USA and in senior roles at other firms, including Amazon). I’m also proud to say Neil Gaiman describes me as a “good sharp writer”.

I have taken two critically acclaimed one-woman shows to the Edinburgh Fringe (Jean-Luc Picard and Me, and It’s Better to Lie Than to Tell the Truth and End up Alone in a Ditch Crying)

I host and curate the Time Out and Londonist recommended comedy fan fiction night Dear Harry/Spock – it’s niche, wonderful and frequently sells out. I have also hosted several Q&A’s at Watershed cinema in Bristol, with filmmakers and comedians like Julian Barratt and Simon Amstell.

Open to opportunities. Get in at ellenclarestarbuck@gmail.com